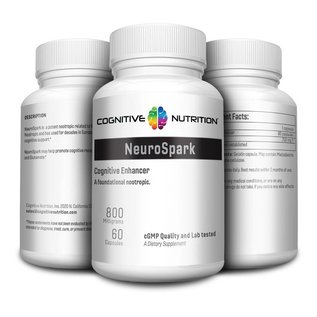 NeuroSpark (Also known as N-anisoyl-2-Pi-racetam or Ani-racetam) is one of the most popular racetam class nootropics next to Pi-racetam. Pi-racetam is the original nootropic (cognitive enhancer) but since many newer and more potent or differing effects have been created. NeuroSpark is one of the first of these NeuroPEPT and more are other examples NeuroPEPT a 3rd generation racetam like nootropic being the latest and most potent of them all.

While NeuroSpark shares many effects of it's nootropic parent it has Far more potent effects on neuroreceptors called AMPA (a type of Glutamate receptor) which is involved in Cognition especially memory and learning, and uniquely effects the neuroreceptors Serotonin 5-HT2A and Dopamine D2, of which both play a role in mood and stress.*

NeuroSpark is a foundational nootropic which means it is a solid base for a neuro or smart stack for overall cognitive enhancement.*

NeuroSpark has been used in Europe since the 1990's and is one of the most popular nootropics used today in the US, Canada, and AU.

AMPA receptor research is considered an exciting development in studying and enhancing cognition. Such compounds that effect AMPA receptors are called Ampakines. The USA's Defense Advanced Research Projects Agency (DARPA) has been actively researching ampakines for military use as a mental performance enhancer.*

Why do people take this?

As a neuroprotectant against brain aging and to enhance several areas of cognition ranging from memory, reaction time, learning, language and speech processing, and focus, to reducing stress and improving mood*

May help protect against a variety of neurotoxic effects.*

May help enhance communication between both left and right hemispheres of the brain (emotional and logical) which may aid in creativity and emotional/logical processing.*

1-6 capsules taken daily or as needed. Best used when taken twice a day for a period of 1-3 months.

Rare but some may experience a light headache or nausea. Best starting with 1 capsule and increasing up to 6 capsules or the minimum needed for best results. Do not take with Vinpocetine as it opposes it's actions. Is non-toxic even in high doses.

Nootropics that raise Aceytlcholine some research supports may enhance it's cognitive effects, such as, Centrophenoxine, Alpha GPC, and Coluracetam.*

It also stacks well with PhenylGABA, Phenylethylamine, L-DOPA, NeuroReGen, Sulbutiamine, and other nootropics.

Material is Pharmaceutical grade at no less than 99.8% pure. In-house and multiple labs tested for quality. Negative on any  unsafe levels of microorganisms, such as, bacteria, mold, or fungi, as well as, within safely limits of a panel of heavy metal tests. Produced in a cGMP registered plant following strict FDA guidelines under the DSHEA act for producing detailed and extensive work to meet these exacting standards.

*These statements have not been evaluated by the FDA. These products are not intended to diagnose, treat, cure, or prevent any disease. 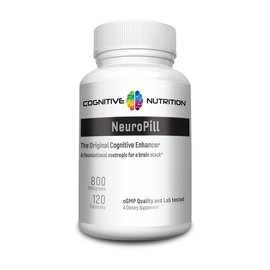 NeuroPill - manufacturer out of stock - no ETA 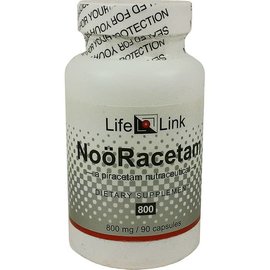 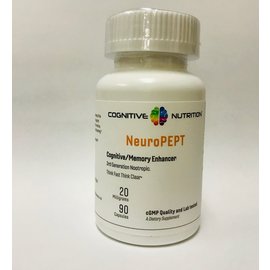